In the past month, we experienced two of the most exciting Finals’ in recent history in both the NBA and NHL. In the NBA, the Dallas Mavericks destroyed the three-headed monster called the Miami Heat in a thrilling upset, winning the series 4-2. Meanwhile in the NHL’s Stanley Cup, the Boston Bruins came back from being down 3-2 and defeated the Vancouver Canucks on the road in Game 7, concluding an electrifying series (USA!!).

Both the Mavericks and Bruins exemplified great team work which strongly contributed to their respective championships, while the Heat and Canucks both had their weaknesses and choke-artists. In retrospect, certain characteristics of these teams can translate into the business world with regards to small business teams’ and their respective success.

First and foremost, small business teams need to be dedicated to their success while not being afraid of taking risks, committed to doing whatever will benefit their team or business the most.

Before this season, 33 year old veteran Jason Terry of the Mavs had gotten a tattoo of the Larry O’Brien Trophy, given to the winner of the NBA Championship, on his right bicep.  The tattoo of the trophy he yearned so deeply for but had never yet received was a huge gamble, being placed there to motivate himself and his fellow teammates. As a veteran and captain on the team, along with their star Dirk Nowitzki, Terry made the bold move prior to the season and sealing the deal at the end brands it one of the most epic tattoos in history.

However, Daniel Sedin didn’t have the same boldness and confidence in the Stanley Cup Finals, but rather destined his team for failure. Like former New York greats Joe Namath and Mark Messier have done in the past, Sedin staunchly guaranteed a Canucks Game 7 victory on their home ice. While being an extremely daring move, the guarantee demonstrated his trust in his team and motivated them all to perform better. In the business world, every associate must trust and help his/her co-workers, whether it be in group projects or in learning new strategies, in order to maintain an efficient organization. Yet hours before game-time, Sedin rescinded his guarantee, saying that it was the excitement after his team’s 5-2 loss, and the “words came wrong out of my mouth.” WHAT!? After hearing that, I knew the Bruins had the game, and therefore the series, in the bag. Successful teams have good chemistry and are adept to taking risks, doing whatever is the most beneficial. Once teams lose faith in themselves like Sedin had, they lose faith in their product and talent, and therefore I “guarantee” the business will then collapse as a whole.

Another common trait of winning teams and successful businesses is having players stepping up at opportune times and others performing well under pressure, leading to an overall positive team chemistry.

This was most evidenced by the play of the Bill Russell NBA Finals Most Valuable Player Award winner Dirk Nowitzki. Throughout the entire playoffs, Dirk had stepped up his game and nothing says clutch more than Dirk’s winning baskets in both Games 2 and 4. Down 15 in the 4th quarter in Game 2, Dirk revitalized the Mavs offense and scored his team’s final 9 points, making the game-winning layup with 3.6 seconds left. Similarly, while fighting through a 102 degree fever, he again sealed the game with 14.3 seconds remaining in Game 4. Nothing is more important to a business than its major player stepping up in times of need and doing whatever it takes to succeed. This year’s playoffs solidified Dirk’s ranking as one of the all-time greats in the league, and he finally capped it off with the championship. However, every member of the team contributed to and played a significant role in the winning effort, from aging point guard Jason Kidd, to big man Tyson Chandler, and even to The Janitor, Brian Cardinal. 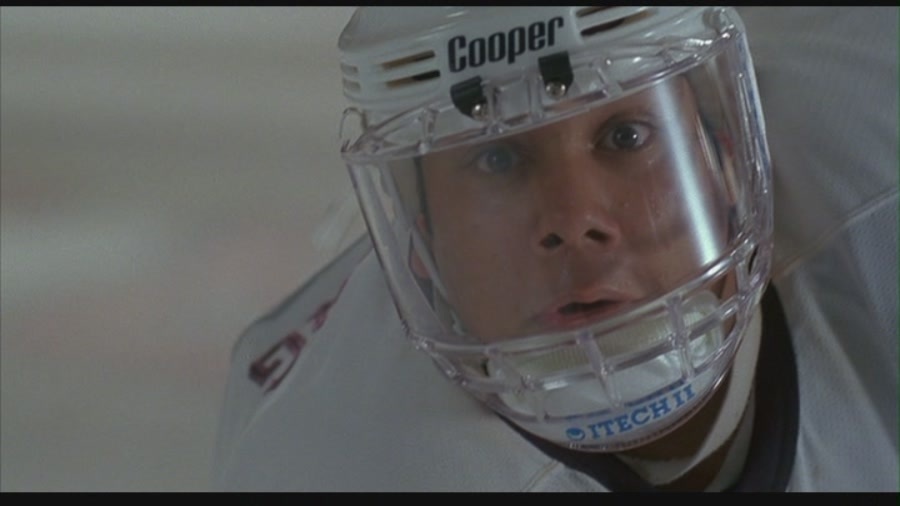 At least Goldberg came through clutch at the end

On the losing front, the Lebron James collapse (for the second time, see here) is probably the most shocking and talked about story of the entire NBA Finals. We have all been witnesses to possibly the best player of our generation, yet he has continued to fail to do what matters most: WIN. After disparagingly taking his “talents to South Beach” (more info here), the best player in the world still managed to breakdown in the fourth quarters of the game. When his team needed him the most, he was inept at hitting his stride, often taking the challenging jumper as opposed to his usual forcing his way towards the basket. He was more hesitant to shoot than Goldberg at the end of D3: The Mighty Ducks, and instead of using his talent and coming through clutch like Goldberg, he often chose to pass to his wingman Wade in the shadows of defeat. Businesses should not aspire to be like Lebron, executing flawless planning and strategizing of your product, but actually failing when it matters and comes down to attracting customers and selling your product. Instead, be like Mike.

In the Stanley Cup Finals, the Bruins managed to win the Cup by relying on the stellar performance of its goaltender, Tim Thomas (we’ll get to him later), while playing physical, unselfish, fast-paced hockey and getting contributions from both their stars and young talents. The Bruins weren’t the more talented team in this series, going up against the likes of the Sedin twins and other offensive stars such as Ryan Kesler and Alexandre Burrows. But they played with more intensity and far greater chemistry than the Canucks, bringing Boston their first Cup victory in 39 years. Their most valuable player excluding their goaltender was rookie Brad Marchand, a quick, energetic spark who always made his presence known when he was on the ice despite his 5′ 9″ stature.

In the small business world, teams with greater chemistry and positive morale are more likely to prosper. Similar to the Mavs and Bruins, businesses rely on all of its members as each employee plays an important role. Whether it is the star player like Dirk or the role specialist like Marchand, each complements one another and the entire team cannot function without all of its pieces.

Finally, small business teams must have a stronghold on its safekeeping and security. Companies need to be secure from external threats, such as thieves and online hackers, against their businesses and customers’ personal information and must demonstrate their trustworthiness to their clienteles.

Tim Thomas kissing what is rightfully his

In hockey, the goaltender is considered to be the security for the team, preventing the pucks from going into the net. And nobody has ever done that better than how Tim Thomas did in this year’s NHL Playoffs. Not only did his legendary performance earn him a spot among Boston’s all-time sports greats, but it also landed him in the record books. At age 37, he became the oldest player to win MVP and he recorded the most saves in a Finals with 238 and the most saves in a playoff run with 798, playing every minute of the postseason for the Bruins. All small business teams need their Tim Thomas’s, blankets of security to rely on, something to demonstrate their integrity and creditworthiness. The closest thing to that for online small businesses are trust seals placed on websites, providing assurance that consumer personal information is safe with the companies they are doing business with.

Now we are entering the toughest and worst months of the year… for sports that is. Small businesses come and go regularly, though aren’t as damaging to the population as the conclusion of these two sports are. Of the four major professional sports, we have the dog days of the MLB ahead, with our teams playing games that are often dull and meaningless in the end. And that’s the highlight. We also have the NASCAR Cup Race, Wimbledon for a few weeks until another Rafa-Federer showdown (which is actually very entertaining), and the PGA Tour, but honestly, what’s golf without Tiger? I’m already looking forward to the football season. Oh wait… oh no.