KikScore Says Goodbye to Windy, a One of a Kind Horse – RIP 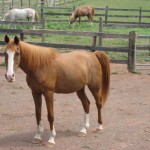 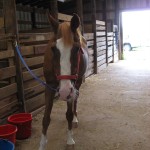 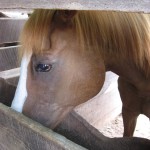 Part of the KikScore family yesterday lost a wonderful horse, named Windy.  After nearly 30 years eating, playing, trotting, bringing a lot of joy to many people’s lives and making lots of friends with so many horses at his home at Missing Maple Farm in Centreville, Virginia, Windy moved on.  I could have easily disliked Windy because he came from Pittsburgh, and as many people know since I am from Cleveland I generally have a dislike for all things Pittsburgh (except from wife who happens to be from there!).  We moved Windy up from just outside of Pittsburgh around 2002 where he had been living on my wife’s mom’s farm since my wife was 11 years old!  Windy immediately liked his new surroundings on Missing Maple Farm where the owners Vickie and Frank showered Windy with huge amounts of love and gave Windy dozens of new horse friends to meet, hang out with on literally dozens of acres of gorgeous land that bordered historic Civil War battle fields.

One of my favorite stories about Windy was actually a story about how clueless I can be at times.  I have to try to set the scene for you.  Imagine a beautiful wintery, Saturday afternoon where there was probably 3 inches of snow on the ground.  My wife and I had gone out to one of the far fields at Missing Maple where all you are surrounded by are the vast rolling Virginia hills. There was a mass of trees off in the distance that bordered the outer boundary of the multi-acre farm.  The wind was cool but the air was not super cold.  It was really nice as you could see for miles and the field all around us were dotted with other horses and bails of hay.  In the distance well behind us was the owner’s farm where we had parked.

So after walking a considerable distance through these rolling fields, my wife, Rebecca, went off  find Windy to feed him his favorite treats which consisted of a bag of carrots, a few apples and some sugar cubes.  (If we all could just eat so simply!).  There she was walking through the field as I stayed some distance behind her.  What was I doing?  To set the stage, this was back when I was working at my old law firm job and 24/7 work was just something we unfortunately did.  So I was doing the Blackberry death march through the field.  You know that, look down at your Blackberry tap a few keys, look up to make sure you dont step into a pile of horse manure, walk a bit more, bury yourself in the latest email and respond because it is just “so urgent.”  As I spent the next 10 minutes reading, typing, looking up for a second, returning to reading, typing, cursing the client (or my boss!), narrowly avoiding stepping in some fresh steaming droppings, typing some more I was in a world far from that snowy, beautiful farm.

I can not really now remember why, but for some reason I suddenly stopped in the middle of this snowy field, where all I was surrounded by was a few horses, some wood fencing that separated the fields from the trees and just acres of space and quiet. I looked up from my Blackberry.  There I could see my wife off in the distance feeding Windy his carrots and the last remnants of those apples.  You could tell from his face and how he was jumping around softly in the snowy field that he was so excited for the sugar cubes that were coming for dessert.  Windy was just so so happy eating away and all I could think was here I am buried in my Blackberry and I was missing this amazingly cool moment out here in the snow, deep in nature and so far from my law firm’s office that had me sucked into a Blackberry instead!

So Windy, thanks so much for making me realize I have to put that darn Blackberry (and now Iphone) down and take in these special moments!  You brought such special happiness to our family….when you were not trying to toss my wife out of the saddle, and we will all miss you.

Keep trotting Windy!  Make sure you now go see Blue from Old School because I am sure he will want to take a ride with you. We also want to thank Frank and Vickie for doing such a wonderful and amazing job taking care of Windy throughout the years.  We will never forget that and it is so appreciated. If anyone has a horse that needs bordered in the DC/VA/MD area, check out Missing Maple Farm.