Better Business Bureau – An Accreditation Process Based On How Much Money Your SmallBiz Pays? 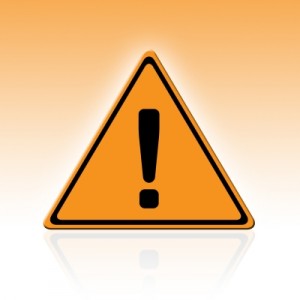 Remember the Better Business Bureau?  Do you use it? Do you like it? If you found it helpful…well it might not be as helpful as you thought it would be. According to MSNBC, the BBB’s accreditation process might be based purely on money. Criticism is being directed at the BBB’s aggressive membership sales process.  The BBB has admitted to making mistakes and said that they have reviewed the 16 factors that they consider when deciding whether or not give a business accreditation.  MSNBC’s post goes on to say that it’s better for consumers to solicit opinions on Social Media platforms on the business that you are interested in as opposed to specifically relying on the Better Business Bureau.  This is not the first time that there has been some criticism of BBB as we previously covered news reports by ABC News of BBB allegedly selling grades for small businesses.

Some people are really not happy with the BBB right now. But, some people go pretty far in venting their anger toward the BBB’s practices. Fee Fighters, a comparison shopping website for credit card processing, came out with a post that called the BBB is a “[@#$% ]Scam“. They then went on to say that the BBB may be exhorting people by describing some interactions that a business had with BBB when that business contacted the BBB in regards to some complaints that were apparently filed against the business.  The business, according to the Fee Fighter’s blog post, was told by the BBB that if the business would pay over $700 for a BBB membership than those complaints would be potentially cleaned.  In fact, according to the Fee Fighter’s account once the business paid for the BBB membership the rating for the business jumped from an “F” to an “A-“.  Oh by the way apparently according to this story on Gawker, the terrorist organization, Hamas, that has claimed responsibility for lots of bad things somehow gets an A- from the BBB.

Fee Fighters followed up on their post with a post recording the BBB’s reactions. At the time that they had published the post, they themselves at Fee Fighters had received BBB accreditation and had paid a lot of money for it. However, when the BBB saw their post, the BBB sent them a letter revoking Fee Fighter’s accreditation because the post did not conform to one of their guidelines.  Fee Fighters sent the BBB a letter back that stated that they were just telling the truth” which resulted in the BBB changing their status on the BBB’s website to Fee Fighters now having no rating.

How does all of this look for the BBB?  What do you all think?