What our Business Blog is Learning from Charlie Sheen 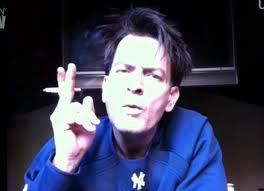 We’re a small group at KikScore and I’ll be the first to say that writing a blog post at the end of the day sometimes isn’t the first thing on my mind.  But every week we put out new content and (Raj) works the Tweet machine thingy every day.  We research topics, think of fun entries and find funny photos to associate with our content.

All of this has lead to a steadily growing readership and followers.  We’ve found integration partners and new customers.  Heck, the blog has been called out by the New York Times.  But let’s be honest.  Charlie Sheen got 1 million followers in 25 hours, and over 74,000 people want to be his intern.  Charlie Sheen is killing us in the use of Social Media.  His torpedoes of truth have hit our hull and unless we change course, we’ll sink.  We surrender, Charlie.  We’re now learning from your lead:

1.  Blog Drunk or Otherwise Be Wildly Entertaining:  I haven’t missed a single blog steam of Charlie’s.  Is it because I’m mad at CBS or the producers of Two and a Half Men?  No.  I hate all CBS comedies and that stupid show in particular.  Look, it’s a nerd and his fat son living with a swinging bachelor.  Hee-larious.  No.  The reason I watch is because I love seeing how irrational Charlie acts.  It’s a new car wreck each night.

2.  Stick to a Theme:  Mr. Sheen is not waxing poetic about politics or international relations.  He has a very narrow focus…”Charlie Sheen” [read in strangely intense voice].  He owns that topic and lives in every nuance.  Just like the blog Calculated Risk owns Macro Economics, Charlie owns the effects of massive amounts of money and drugs on a coddled, half-wit celebrity.

3.  Less is more:  If Charlie sent constant updates about what was on his iPod right now, I would stop following him on Twitter.  No.  Charlie gives a random “Du-uh” and something odd about “Trolls” and “Warlocks” (by his usage I’m assuming Trolls are bad and Warlocks are good) and the readers eat it up.

4.  It Doesn’t Hurt to Seem Completely Unstable:  Not a lot of analysis here.  Just stating the obvious.

So look for KikScore to do some wildly erratic things in upcoming posts and then bask in a wave of undeserved or logical attention.  We’re counting on you, America.

Tags: business, charlie sheen, ecommerce, Online Trust, shopping online
« Know how many security threats there are for 2011?
The Day in Pictures & Tweets at the 2011 SmallBizSummit »