Try Shopkick on Your Smartphone, Almost 1 Million Others Have! 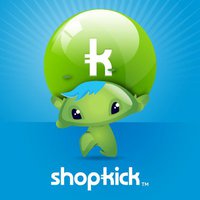 I have been using the Shopkick application on my smartphone for the past few months and then I saw this article in the Wall Street Journal the other day and realized that 750,000 people have also downloaded and used the application since it was released in August.

Basically, the idea behind the Shopkick application is that users can login and see which local retailers are closest to their current location.  Users then also have the option on clicking on each of the retailers near them to see what specials the merchant is currently offering to Shopkick customers.  It seems like some of the larger retailers that have close relationships with Shopkick include Best Buy, Macy’s, and Sports Authority.

I found the Shopkick application to be interesting and useful but after attempting unsuccessfully to scan the bar codes of a few advertised products at a local Best Buy I was a little frustrated by the application as well.  I can definitely see a lot of good uses for the Shopkick application and I hope that they expand the functionality included in it to possibly included automatic price comparisons and possibly an easier way to scan the barcodes of advertised products.

Have you ever used the Shopkick application in a store or any other smartphone application while shopping?