Lessons from Arnold Schwarzenegger: The Mental Game is Key to Success 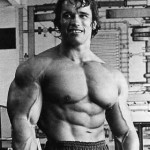 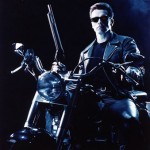 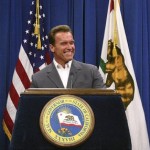 I have to admit when I was growing up back in Ohio I idolized Arnold Schwarzenegger. Yes, I used to get Muscle & Fitness magazine and I watched every Arnold movie from Conan the Barbarian, Commando, Predator, and of course through all of the Terminator classics.  At that time I looked up to Arnold mainly because I was (ok now dont laugh) big into weightlifting and well the movies were just the movies – pretty cool for any teenage kid.

It is funny that nearly 20 years later my wife sent me the video below which is a recent interview of Arnold where he discussed his approach to the success he has had a different phases in his life.  It wasn’t until I watched the short 10 minute video that I realized that Arnold reinvented himself three separate times and was wildly successful in each instance. First, as the bodybuilder and multiple Mr. Olympia, then as a huge action movie star and finally as Governor of California.

The punchline for the video and largely this post is that Arnold said the difference between himself and others in each of the three major  roles in his life was the mental game.  As an example, he said there were plenty of weightlifters when he was competing to win bodybuilding competitions that were just as big as him, trained just as hard as he did, but the difference between Arnold and these other folks was their approach to mentally winning. Arnold always envisioned success and winning as well as achieving his goals.  His goal was not just to be a good bodybuilder, but it was to win Mr. Olympia repeatedly.  And so as opposed to other bodybuilders who were just good at training, Arnold continually envisioned mentally winning Mr. Olympia.  And he won it not just once, but six consecutive times! In the video he says the difference between himself and others was not being physically bigger or having more defined muscles, it was instead the mental aspect of training, focusing and envisioning success at all times.

This was Arnold’s approach to the mental game:

a) constantly envisioned success and accomplishing the near and short term goals he laid out for himself;

b) was always mentally focused on that success and accomplishing those goals;

c) carried that focus into everything he did and his approach to training and executing his plans; and

d) was relentless in his pursuit for the success that he set out to achieve.

For startups and small businesses there are strong parallels and lessons learned from Arnold’s approach that he has taken in his life to succeeding not once, but in three completely separate areas as diverse as bodybuilding, acting and being elected as to the highest office in the largest state in the United States.

Watch, listen, take notes and start acting on the Arnold’s guidance! You will not regret it.