What AC/DC Can Teach Small Businesses About Staying Power & Success 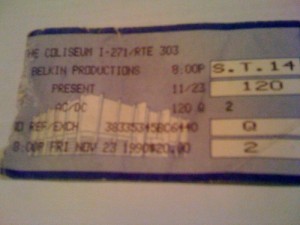 As some of you know I grew up in Northeastern Ohio back in the 1980’s and 1990’s.  One of the staples of my youth was the sound of AC/DC‘s hard rock classic “You Shook Me All Night Long.”  I played that song and so many other AC/DC songs while I got dressed before high school, on the drive in to school, in between Algebra 2 and Biology class, before, during and after soccer practice — well you get the picture.  It was AC/DC really 24/7 not just for high school, but through college and even those during brutal times in law school during the 90s.

The interesting thing is AC/DC has put out so many songs and albums so consistently over the last 37 years (yes, I said 37!) that they have fans that span multiple generations.  They are such an iconic band that one of this summer’s blockbuster hit, Iron Man, made its entire movie soundtrack a greatest hits anthology of AC/DC’s best tracks spanning four decades.  Now that is impressive! In fact, this is the second time in AC/DC’s career that they have had a movie soundtrack exclusively devoted to them. The first being Steven King’s “classic” Maximum Overdrive.

AC/DC’s decades of continuous success, incredibly loyal fan base that spans generations and nearly 70 million records sold in just the US  could probably be the basis of a business school case study – just maybe not at an Ivy League school!  So there are lots of lessons to be learned from my favorite Australian band (besides maybe the eternal Little River Band who sang “Lonesome Loser“- just kidding!).  Here are just a few items that small businesses can take from AC/DC’s years of success and ability to keep cranking out hits:

1. Pick a Theme & Stick to It Relentlessly – AC/DC has had a simple and very straightforward theme for their music over the last four decades.  I will not get into the substance, but lets just say there is a reason high schoolers and especially teenage boys like the lyrics and the stories in their songs.  Listen to AC/DC classics like Who Made Who, Thunderstruck, Highway to Hell, TNT, Shoot to Thrill, and Heatseeker. The theme is consistent in almost every one of these songs. So AC/DC takes this theme and pounds away at it so it is woven into nearly every song, every album and through their lead guitarist’s Angus Young’s antics at live shows that theme plays out in their concerts too.

So if you are a small business, pick a theme or core idea like AC/Dc has and make that theme be the central focus of everything that you do as a company.  Let that theme define you.  The most famous current themes for companies in 2010 are Zappos fabulous customer service and Apple’s innovative devices.

2. Avoid the Fads – Disco, 80’s hair bands and then grunge.  These were three fads that have come and gone over the last 40 years in music.  Some bands tried to ride the fad and they faded into obscurity when those fads died.  AC/DC instead kept to their core and avoided these fads that popped up over the years.  Their avoidance of these fads helped keep AC/DC’s fan base happy with the music they had grown to expect from the band.

For a small business, its takes discipline to avoid the fads like AC/DC has.  Stay very clear of the latest fads that are out there because those fads can be the death of your business – ask all of those dot com companies that vanished back in the late 1990s!  If your business sticks to what it does best and makes an effort to avoid the fads and latest gimmicks, that can help to keep your company focused on what is important to your customers. 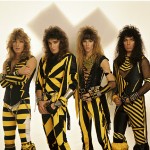 3. Give Your Fans a Great Show Each Time – I have been to multiple AC/DC concerts in my life.  My first one was back on November 23, 1990 (actual ticket stub is pictured at the top of this post)!  I have also seen a lot of videos of them playing live too.  AC/DC consistently gives fans a great show.  Lets think about that for a minute.  This band has to play the same songs over and over again in different cities, states, countries and continents.  But each time AC/DC brings down the house when they play “Hells Bells” or when they end the concert with their famous “For Those About to Rock, We Salute You.”  Great shows means happy fans which then translates into more album sales for AC/DC!

So small businesses, rock out each time you have the opportunity to be in front of an actual or potential customer.  Treat every experience as a unique experience because it certainly is for that customer.  When I left the last AC/DC concert, I was exhausted it was such a great show and I wanted more!  That is the way small businesses need to leave their customers, exhausted and wanting more – in a good way.

4. In Adversity, Stay on Theme and Do not Waver – In February 1980, AC/DC lead singer who sang on classics such as Highway to Hell, Walk All Over You and Let There Be Rock, Bon Scott, died of an alcohol overdose in London.  The band considered quitting all together.  Lucky for us they did not.  Not only did they keep going, but they hired Brian Johnson to be the new lead singer and put together arguably the best hard rock album of all time, Back in Black.  The solid black cover with only the title of the album served as a tribute to the fallen Bon Scott.  In its darkest hour, AC/DC came back from near break up and put out an album that is the second best album selling worldwide ever beyond only Jacko’s Thriller. 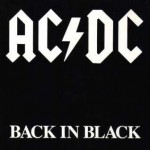 We can all learn the trait of resilience and the ability to get back up after a devastating loss from AC/DC.  Small businesses, there will be those dark days and tough hours especially as you deal with competitors, new technologies and angry customers.  The trick is to push through because when you come out on the other side of the difficult times, you will be stronger and you can be super successful too!

5. Keep the Band Together so Your Fans Stay Happy –AC/DC has had a relatively stable core set of band members that have been continuously centered around around two brothers – Malcolm and Angus Young. In fact, four of their five members have been with the band at least 30 years!  That is amazing.  AC/DC could have gone the way of Van Halen – another great rock band – but instead of multiple line up changes and replacement of lead singers like in Van Halen,  AC/DC’s stability has significantly contributed to band’s years of success.  It sure is a lot easier to stick to a core theme like we discussed in #1 above, when you do not have moving parts.

For small business, it is all about getting the right people in place like AC/DC has done.  Once you get the right people in place, give them the core theme for your company and then just let them do their jobs – even if they are outsourced vendors or part time employees.  The ability to keep a good team together for a long period of time and have appropriate succession planning for people who may leave increases your chances of small business success.

This really has been a fun post to write. I hope it has been a fun one to read too.  With AC/DC being one of my favorite bands, I am pleased that they could bring me even more enlightenment than they did in my early years.  If you can all be a little more like AC/DC in your business – there probably not too many people outside of the hard rock music world who say that  – your chances of having a successful small business will increase!

Did you think AC/DC would ever teach us small business lessons?  Or are you like my partner, Mike, who thinks I should have picked Whitesnake (probably his favorite) as the band to discuss here. By the way, I challenge him to incorporating Whitesnake into his next post….lets see if he can meet the challenge.

Tags: AC/DC, Fans, Small Business, Staying Power
« The Need for "Holistic" Security
Diary of a Startup: The Value of Building Your Company's Rolodex »